Imagine yourself as a little girl, inviting a well-dressed, polite demon to come to your tea party. Would you be afraid, despite the horned monster being dressed in fancy shoes and a waistcoat? Probably. 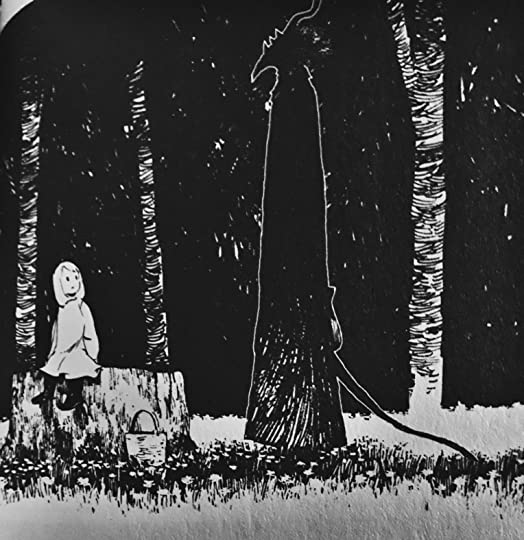 Our fearless, young Shiva does not just invite but demands that her protector and caretaker, lovingly deemed “Teacher”, has tea with her everyday. In a town and surrounding forest that has been abandoned, there is often not much else for them to do to pass the time - once their chores are done, of course.

The back story to the adventures of our two main characters is this:

Long ago, there was a God(des) of Light and a God of Darkness that had created everything. “Rage drove the God of Darkness mad. He transformed his punishment into a curse and it spread to others. The God of Light […] built a vast, enormous wall to keep his curse from spreading.” The cursed ones are known as the “Outsiders”, and the wall only holds them back for so long…

Shiva is left alone in a small town overrun with Outsiders, and for some reason unknown to us yet, Teacher takes her under his wing and cares for her like his own child.

We go through a few regular days in the life of Shiva and Teacher - tea parties and all - until they run into a group of soldiers hunting for Outsiders. Will they run, or will they fight? And are human soldiers really the only enemies to be found near their cottage in the woods? 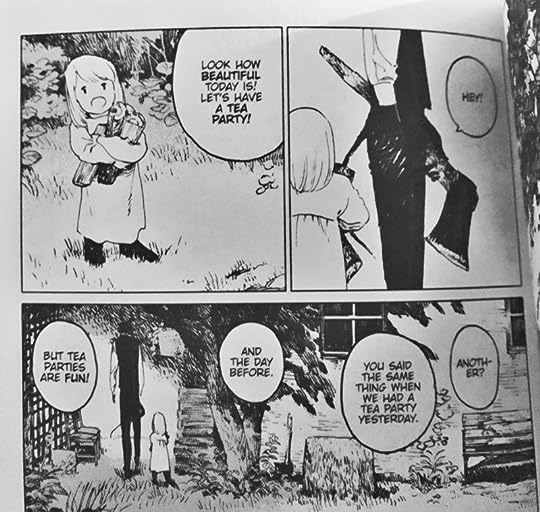 I have not read a lot of manga in my days (which adds up to about 10,010). In fact, the only series I've tackled have been Pita-Ten, which delighted me as a teen; and the first few book of the infamous One Piece story, but this was one of the most enchanting and magical stories I have ever read, manga or not.

The art, all done in black and white, is gorgeous and could tell a story with no words at all. The dichotomy of little Shiva in her white dress and rainboots against Teacher in his black suit is symbolism at its best. Teacher, a horned demon who confesses he does not even possess a mouth, shows incredible emotion through his eyes, as well as his careful selection of words. Shiva is absolutely adorable, funny, and never annoying – which is quite easy to do when writing about children, apparently. I know nothing about the author Nagabe, but I am willing to be they have children, or have spent a lot of time around them. 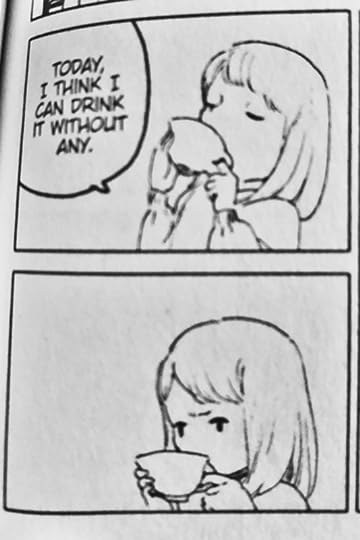 The Girl From The Other Side is an exquisite, richly imagined fairytale, which the perfect amount of light sprinkled in a rather dark story. The concept feels incredibly fresh, even as it is a “Lightness versus Darkness” tale at its core. Perhaps it is because there is so much intermingling of the two. The demon, who is supposed to be ruthless and evil, is keeping after an innocent girl - while a band of soldiers, who are supposed to be fighting for the side of Light and Goodness, are bent on killing anyone they come across, without bothering to ask questions.

Truly the only complaint I have is that it were longer, but thankfully, I can pick up the second volume tomorrow. Waiting for the third, which will not be released until Halloween, will be quite a challenge.

I’d recommend this to anyone who is a fan of fairly dark yet quirky stories, fairy tales, or fantasy. It is far from traditional Japanese manga, and perhaps the most original story I have had the pleasure of reading this year yet. 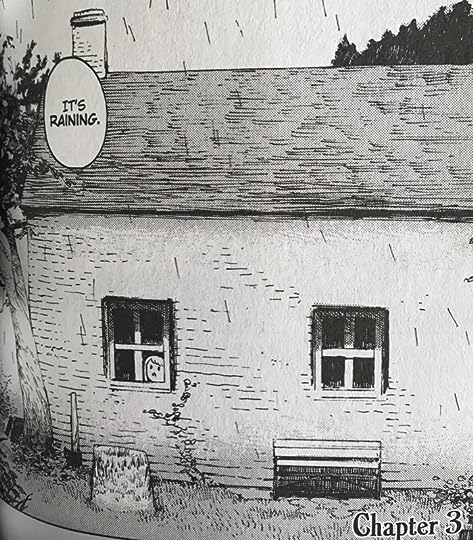 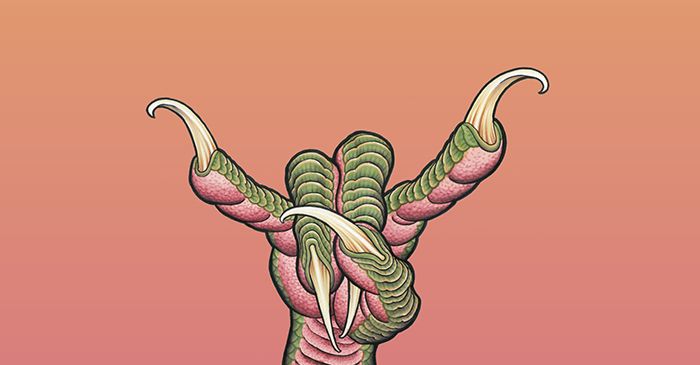